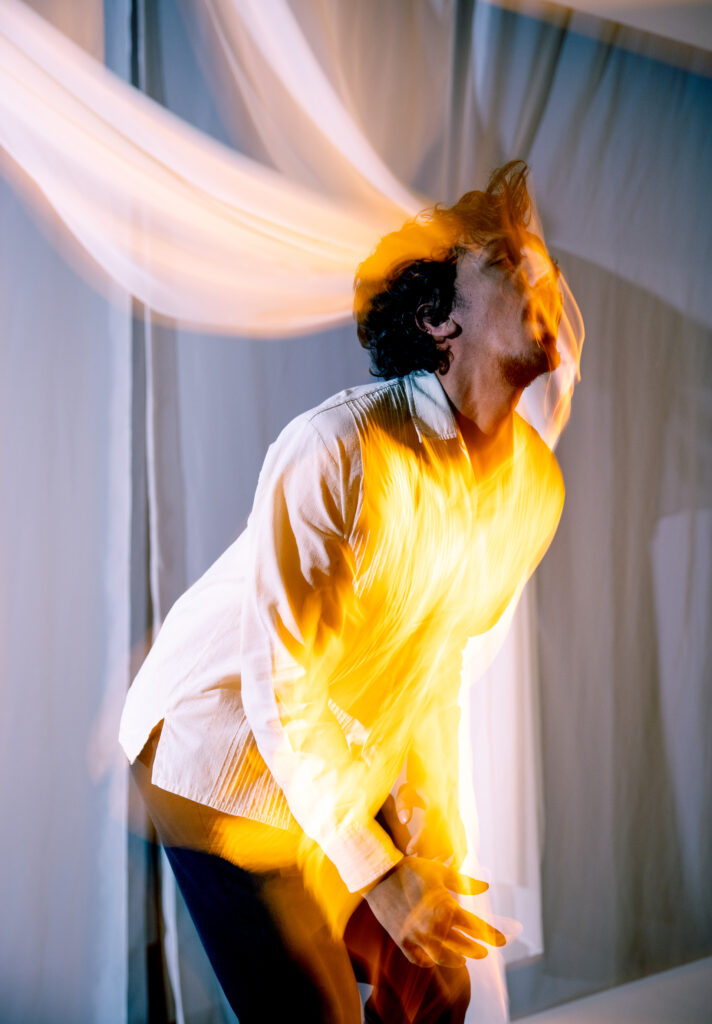 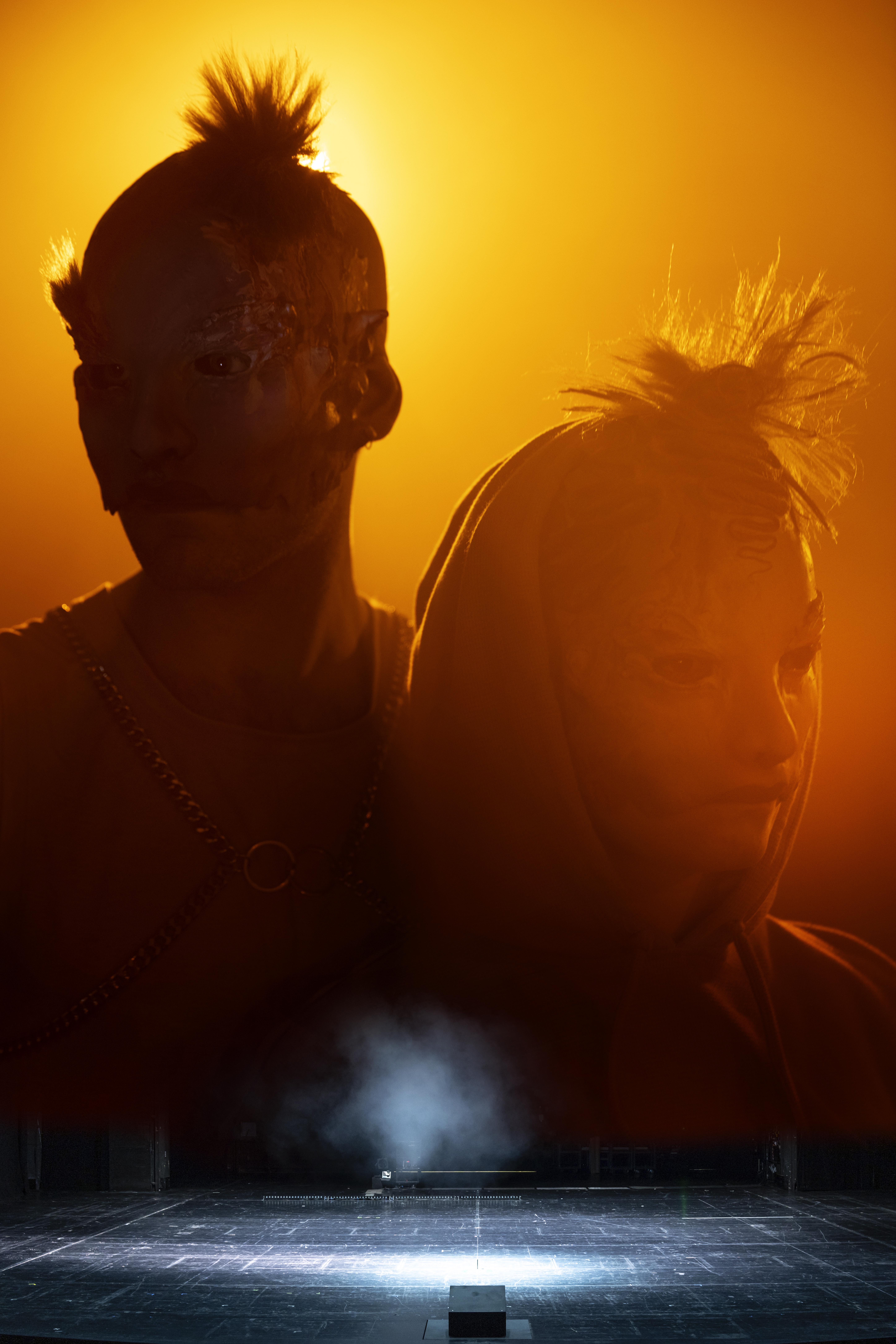 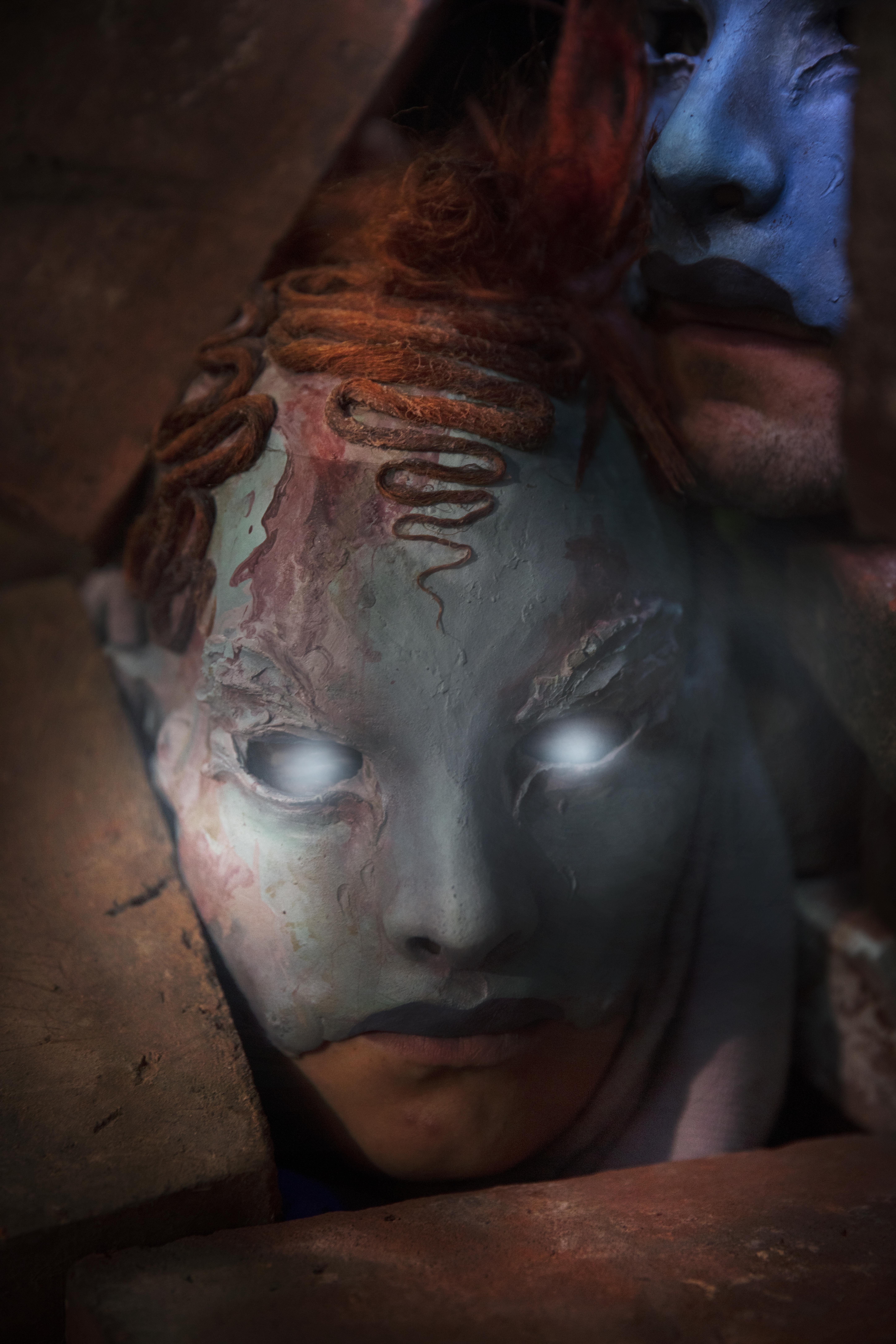 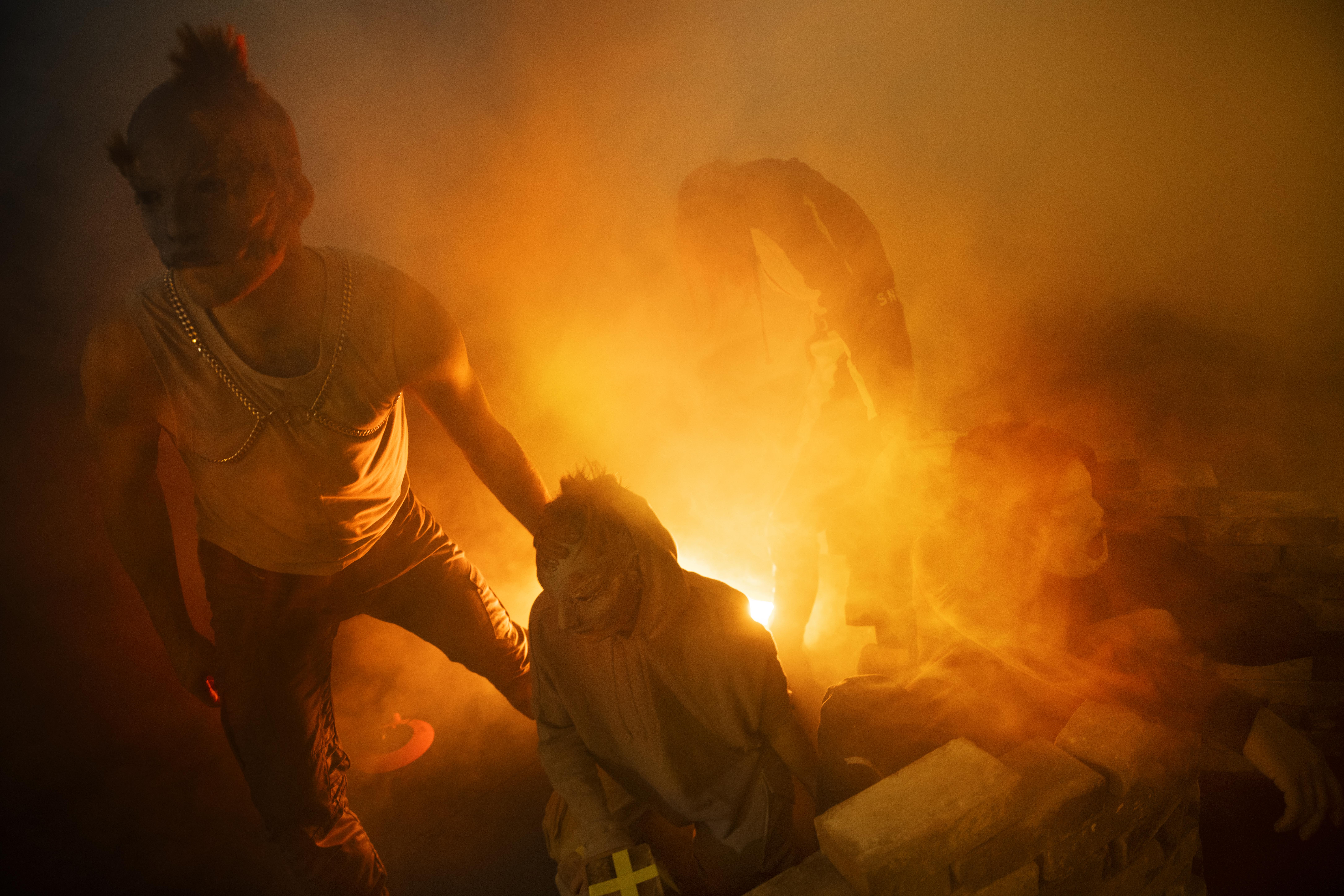 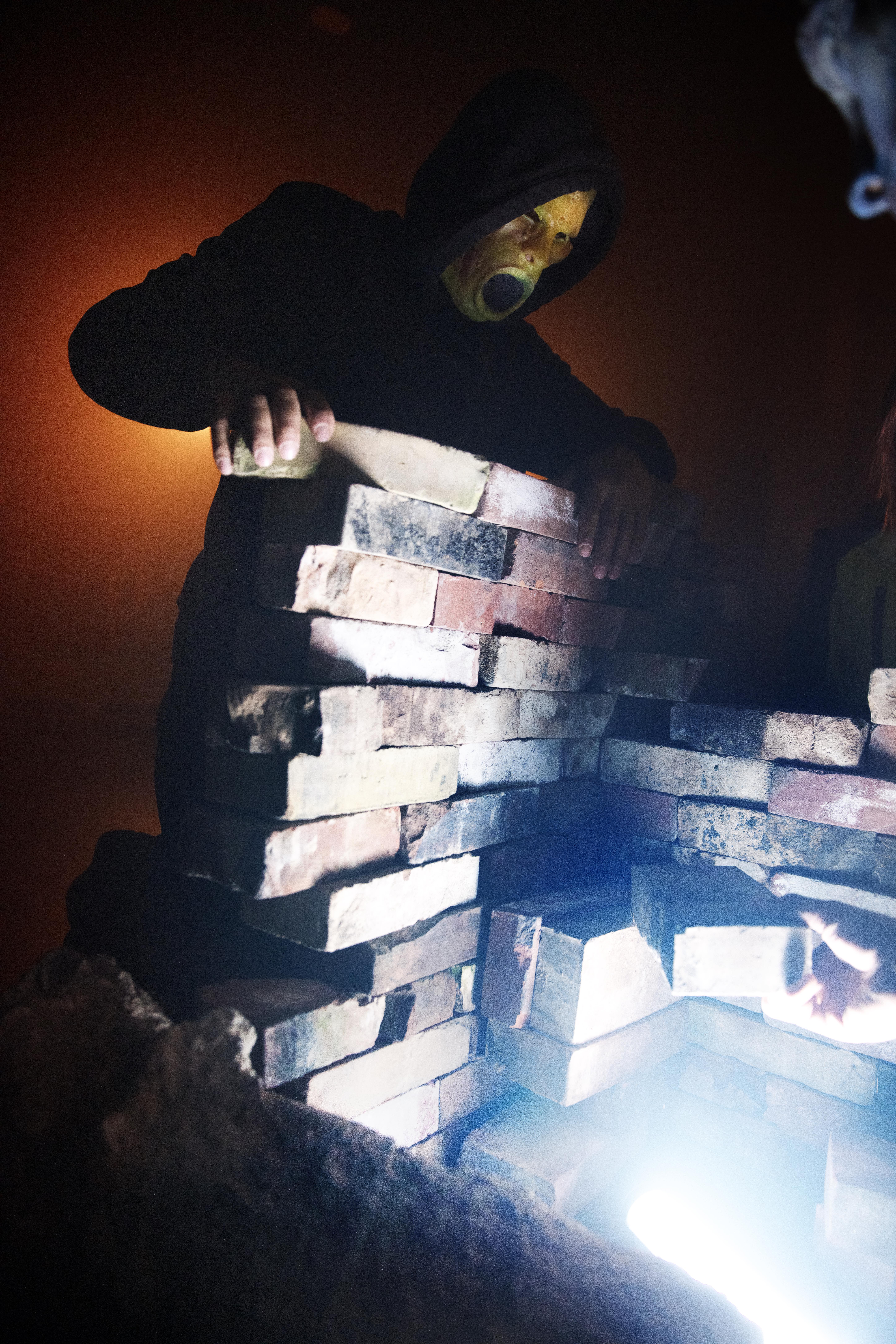 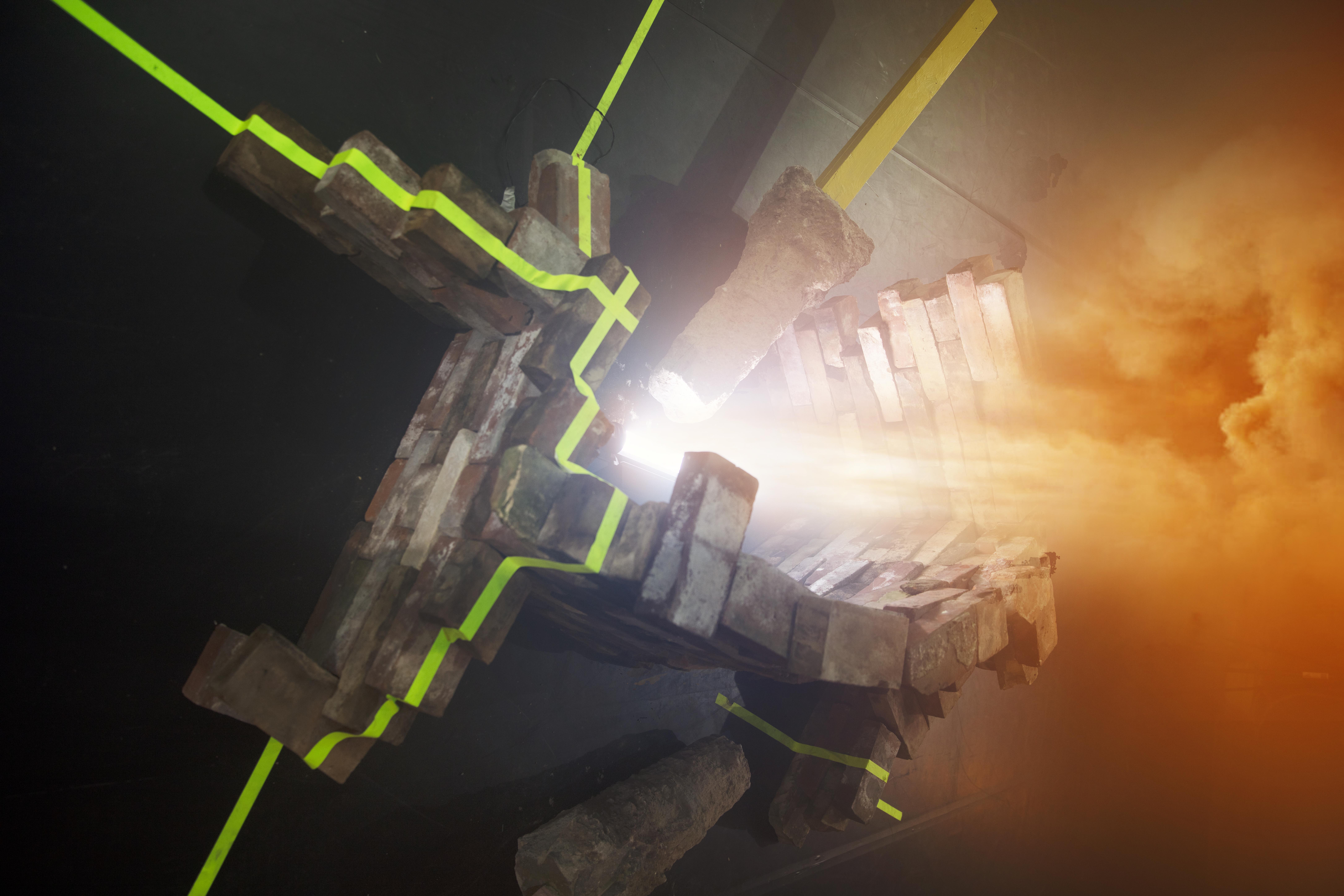 Presented in collaboration with Dansehallerne

We sense ourselves in a condition of suspension, half a meter above the ground, unknowing of where we actually are. And what suspended us? The abstraction of our identities? The erosion of communal stories? The very necessary re-writing of history?

The experience of this suspension is a sense of homelessness, being on the outside of even our own bodies.

A PLAY is a choreographic work about place and placelessness. The performance is based in the black box – this windowless performance space – and speculates about how a place like this affects our body, our thinking, and our imagination. From here a journey begins; into a nameless landscape populated by four characters, reminiscent of a Greek chorus of tragedy, but also of a group of survivors in barren, post-apocalyptic settings. In roaring silence, the four characters mediate the complex layers that create this place, our shared here and now.

Created by Institute of Interconnected Realities (I-IR), A PLAY is based on a kind of archaeological study that delves into the cultural history of the theatre, into the metaphors and the material reality of the building itself – Husets Teater.

In the words of Institute of Interconnected Realities:

In A PLAY, we have been inspired by an understanding of place as something that is highly dynamic and expressive, as something that has an inherent intention – albeit this intention is ambiguous and complex. We imagine that the relationship between person and place is more a form of interaction than a matter of orientation or control, and that mutual attention can arise when engaging in this interaction.

Unlike our previous processes, we have with A PLAY allowed ourselves to go with the theatre space and its ability to produce fictions. Between the more representative ideas and the performers’ practice-based work, A PLAY creates a landscape of fused times and layers; a reaching into a near and indefinite future while the cultural-historical references unfold right here and right now.

A PLAY is created by the Institute of Interconnected Realities (www.iir.dk) and presented in collaboration between Dansehallerne and TOASTER at Husets Teater. 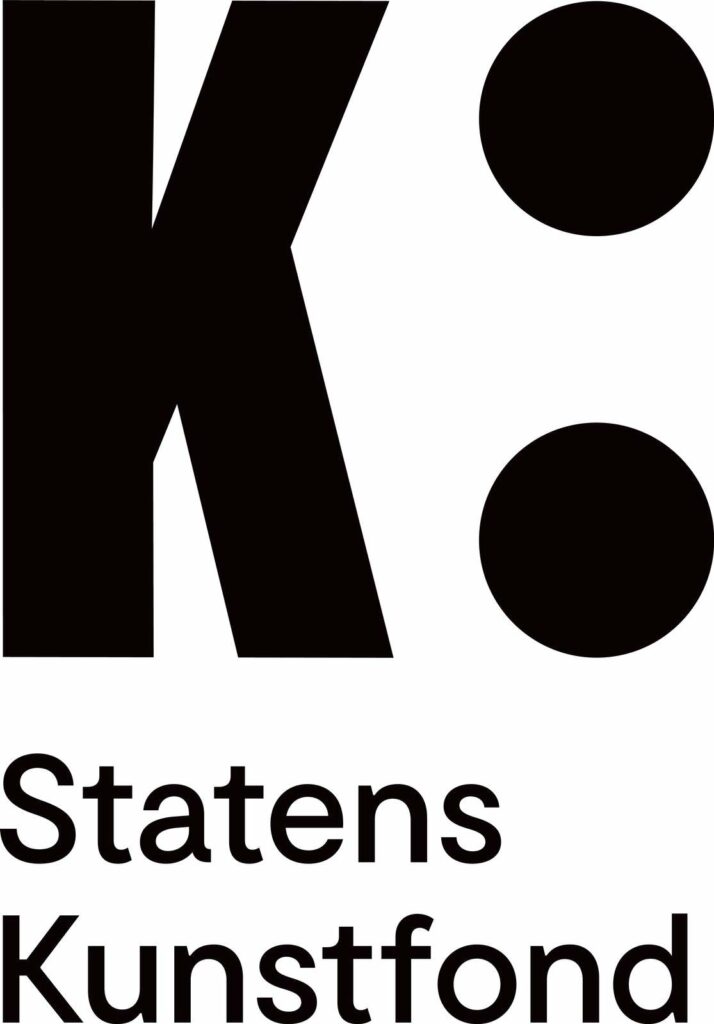